The Version 6 release is compatible to the ADU-08e.
The XML jobfiles as well as structure of the database are the same as for ADU-08e.
Also the version 6 enables the tablet & mobile phone operation by the Mobile App which was introduced with the ADU-08e.
Version 6 is the last version for ADU-07e, and only updated in case of bugs detected. All previous versions are discontinued.
You need a USB WiFi dongle to use WiFi and / or the tablet. The internal WiFi is off (transmits too much into the box).
You have to login via https remind that!! A dongle which works is the LogiLink .

Newer software such as CoilFieldTestTool (for evaluating parallel tests) and InSituCoilCalibrationTool (generate calibration functions with the build in calibration windings and compare with the manufacturers calibration) will only run with V6 software.

RF_3 is the default for conductive ground.
RF_4 you only take at very conductive and buffer electrodes (but also RF_3 works here).

If you set the LP_4Hz low pass filter, take RF_1. The low pass makes sense only when using a fluxgate.
(On ADU-08, if radio filter is in off position (e.g. HF measurement) it will automatically switched to RF_2 when measurement is set to LF). 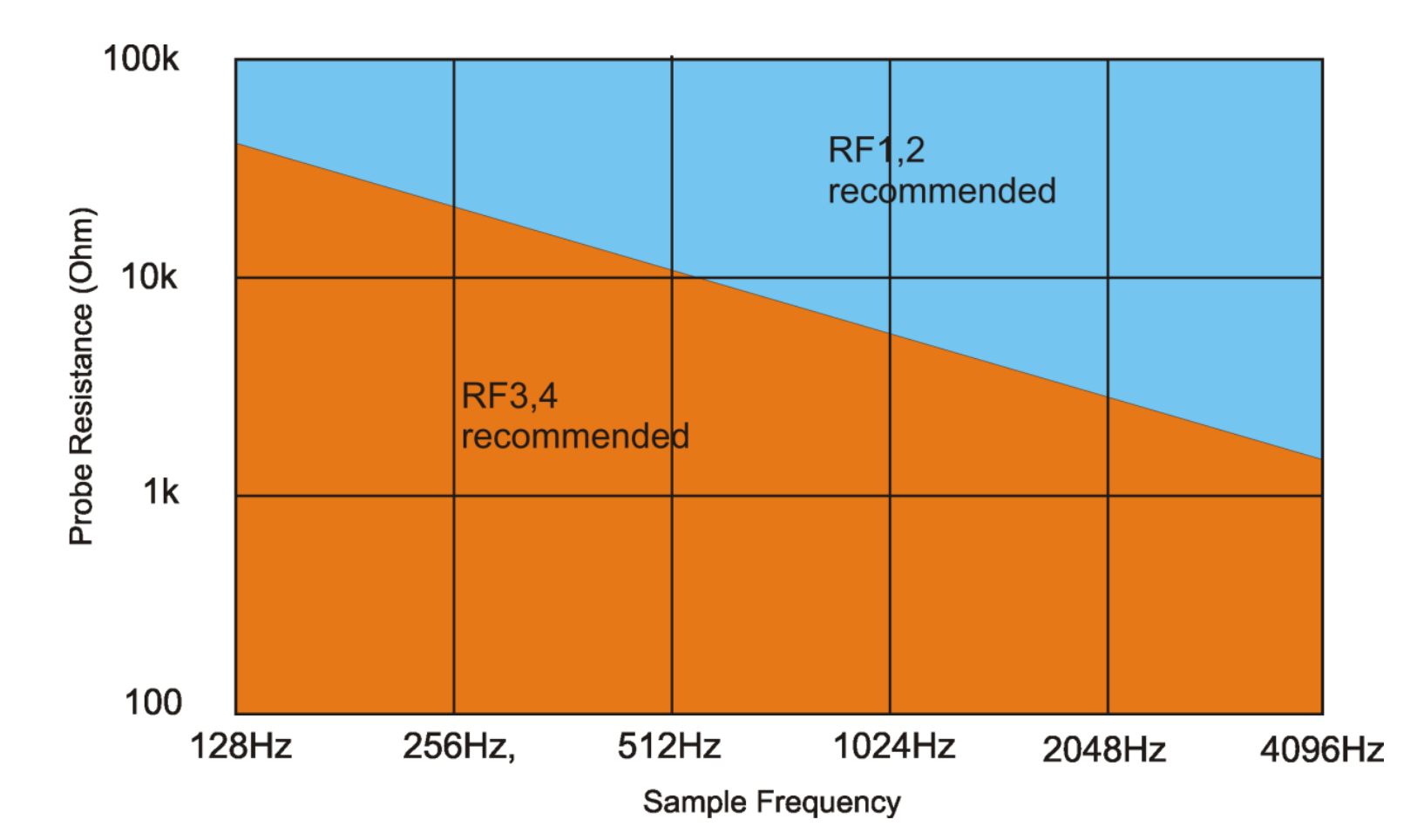 For ADU-07 (without e !) you get at selftest warning :
ADU-07-CON Warning unknown connector type (maybe old Rev. 1.0)
That is interpreted as possible failure because the ADU can not see the possibilty to connect to the coil.
Your ADB error should be “0”.
On the screen shot you see the laboratory situation - no E connected and ADB error 36 - probe resistance out of range - check electrode and cable … no wonder 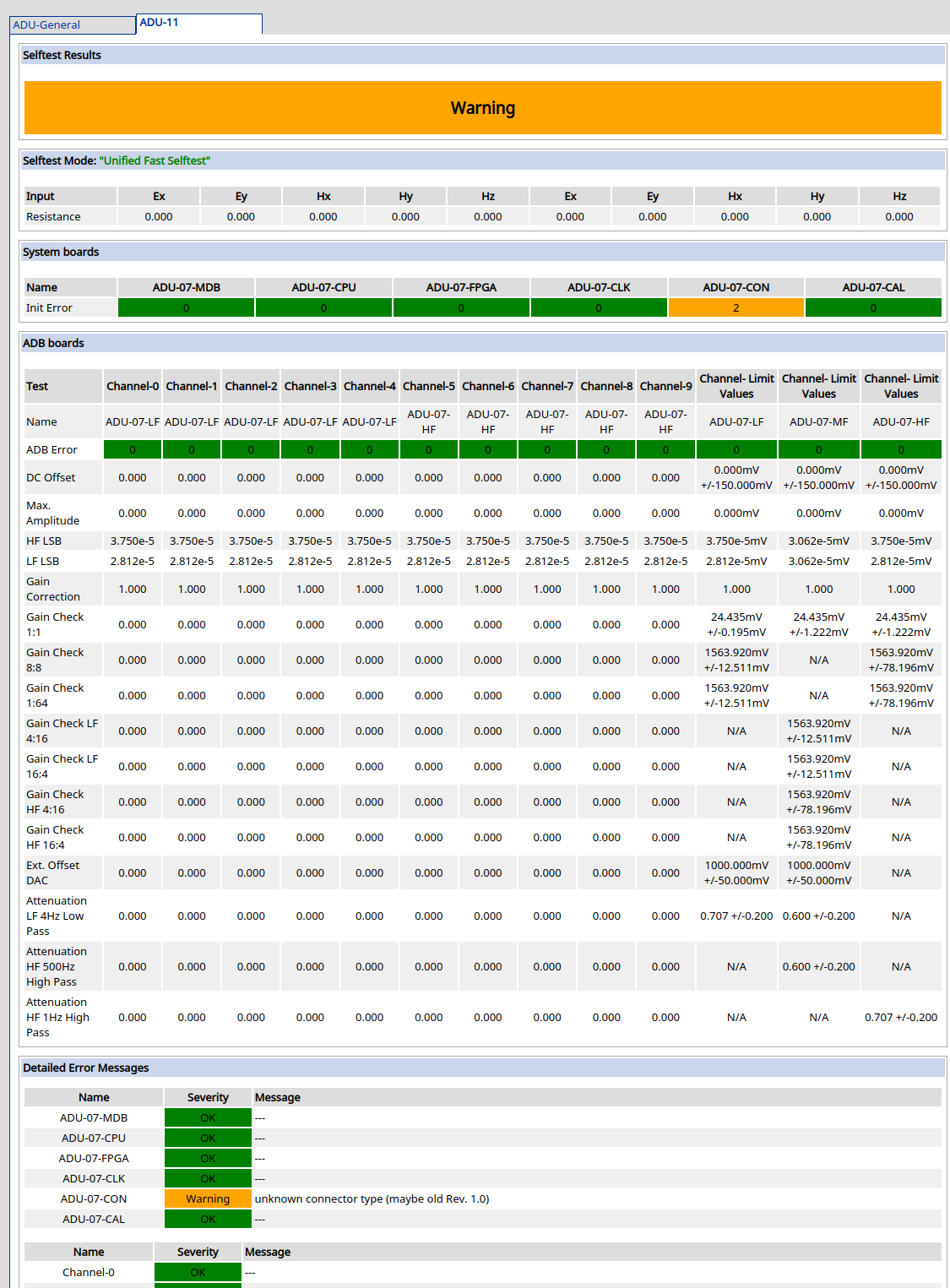